This is going to wander a bit, but I hope you’ll bear with me.  We’re going to go from clothes, to Chinese characters, to Mount Hermon, and back to clothes.  I promise you it will be interesting.  It’s based on the theme of “light”.

Lately I’ve had to take more of an interest in fashion.  My daughter made me an appointment with a style consultant at the shopping mall where she works.  It was to help me sort out which outfits and colour combinations suit me best.

I’d rather wear clothes that suit me than bow to the current fashion fad, and I hate uncomfortable womens shoes. I grew up on a farm wearing jeans and gumboots.  Now I work in a computer workshop, wearing pants and a monogrammed polo shirt. My daughter on the other hand, works in retail fashion, and has no trouble choosing clothes and shoes.  She was inspired to help women with clothes because of the difficulty I have experienced getting help and advice when shopping.

I was anxious about the consultation beforehand, but I needn’t have worried.  The stylist was really helpful and didn’t judge me.  She was amused at the contrast between me and my girly-girl, fashion-ista daughter.

Here’s a photo of us at work.  My daughter worked for us for three weeks while between j

obs.  Here she is with her nail kit, filing her nails at reception!  It was so cliche, but she didn’t care.
While waiting for the stylist I thought about dreams where you are unclothed, or not dressed right.  Have you ever had dreams where you are walking in a public place naked or in pyjamas?  I’ve heard it’s quite common.

It makes me think about Adam and Eve, and their wardrobe malfunction.  Imagine it.  Here’s God walking through the garden, and they’re naked.  Eeek.  The serpent took everything, even the clothes.

The Chinese character for naked. Notice the word ‘fruit’ in the character.

Do you think the story is a myth?
Here’s some anthropological proof that the story is based on fact.  Did you know the ancient Chinese script contains the story of Genesis, long before the Bible came to be written?  Here we see the ancient character for fruit.  How on earth did the ancient Chinese associate the word ‘naked’ with fruit?
Here’s a link to a site that shows how the Chinese characters tie in with Genesis:
http://www.noahs-ark.tv/chinese/bible-evidences-chinese-language-characters-words-garden-of-eden-genesis.htm.
The Chinese character for LIGHT has MAN in it.  I wonder if Adam and Eve’s garments were garments of light.I know the Lord has a garment of light.  Psalm 104 speaks of his garment, and dimensions.  It is written that the LORD wraps himself in light as with a garment; he stretches out the heavens like a tent.  Psalm 104:2.
Jesus let three of the disciples see him clothed in light.
Here it is in Matthew 17: “Jesus took with him Peter, James and John the brother of James, and led them up a high mountain by themselves. There he was transfigured before them. His face shone like the sun, and his clothes became as white as the light.”

Mount Hermon dwarfs the remains of the ancient city of Caesarea Philippi (located at the bottom center of the photo).

I believe the mountain the Lord took them up was Mount Hermon.  The reason I think so is because in the previous chapter of the Bible, Matthew 16, Jesus was at Caesarea Philippi, a town at the foot of Mount Hermon.

Caesarea Philippi was the place where Jesus stamped his authority over the gates of Hell after Peter confessed Him as the Messiah.  I wrote about this in my blog post: True confessions at the Gates of Hell.

It’s interesting that the “Hermon Hotel”,  the highest permanently manned UN position in the world, sits on top of Mount Hermon in the buffer zone between Syria and Israel.

In the Book of Enoch, Mount Hermon is the place where the Watcher class of fallen angels descended to Earth. They swore upon the mountain that they would take wives among the daughters of men (Enoch 6).

The mountain or summit, referred to as Saphon in Ugaritic texts, is the place where the palace of Baal is located in a myth about Attar. Source: Wikipedia. https://en.wikipedia.org/wiki/Mount_Hermon.  Attar is also known as Ashtar and Ishtar; god of the Morning Star.

So here we have Jesus, the Light of the World, stamping his authority all over Attar, Ashtar or Ishtar as well.  It kind-of puts Jesus’s promise about the Morning Star being given to those who have not learned Satan’s so called deep secrets in a new light, don’t you think?  (Revelation 2:28, Church at Thyatira)

I believe Moses and Elijah may be the two witnesses of Revelation 11, but that’s the subject for another post.  I believe it because of what these two can do.  Elijah was able to bring down fire and cause the rain to stop for 3½ years; and Moses was able to turn water into blood and bring several other plagues upon Egypt. And guess what the two witnesses do?  They will also be able to bring down fire, stop the rain, and cause various plagues for 3½ years,  (Revelation 11:5,6).

Anyway, to get back to clothes – they’re clothed in sackcloth for their earthly mission.  Sackcloth represents debasement, mourning, and/or repentance.

Do you have any white clothes?  Jesus talked about being dressed in white when he wrote to the Church at Sardis in Revelation 3.  This Church has a reputation for being alive, but it’s sound asleep.  Jesus said if it doesn’t wake up, he’ll come upon it like a thief, and they will not know at what time he comes.
(This is not a time to be caught napping.  Jesus expects us to be dressed for work and have our lamps burning.  (Luke 12:35))
Yet he said there are some in Sardis who have not soiled their clothes. They will walk with him dressed in white, for they are worthy. The one who is victorious will, like them, be dressed in white.

How bright will the white be? 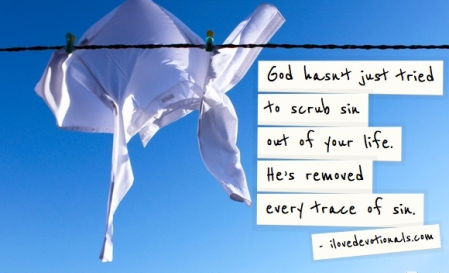 2 thoughts on “The ultimate reveal”