When tested, how do you react?
“Why me?” most people ask. It’s a question you can ask God.  He promises wisdom if we ask and don’t doubt.

Job certainly asked,”why me?”  Job was a man the devil was allowed to attack after his hedge of protection was removed.

The latest five-star review of “The Kingdom, Here Be Dragons, Here Be Dreams” by Wyborn Senna likened my struggles to that of Job.
A Moving Journey Reminiscent of The Book of Job.

Why did Job get attacked?  God held Job in high esteem, pointing him out to Satan, “the dragon” in my story.

“Does Job fear God for nothing?” Satan replied, pointing out how God had blessed Job.  “stretch out your hand and strike everything he has, and he will surely curse you to your face,” Satan promised.

God then allowed Job to go into Satan’s power to be tested.

Job, although he questioned God, ultimately passed the test and God rewarded him.  Unlike Job, Peter underwent testing and failed, but Jesus restored him, giving him another chance.

“Simon, Simon, Satan has asked to sift you as wheat. But I have prayed for you, Simon, that your faith may not fail. And when you have turned back, strengthen your brothers.”  Luke 22:31 – 32 (NIV)

James, the brother of Jesus said, “consider it all joy whenever you face trials”

“Consider it pure joy, my brothers and sisters, whenever you face trials of many because you know that the testing of your faith produces perseverance. Let perseverance finish its work so that you may be mature and complete, not lacking anything. If any of you lacks wisdom, you should ask God, who gives generously to all without finding fault, and it will be given to you.  James 1:2-4

In my book, you’ll see me asking God the reason for the trials that befell me, and you will read God’s answers.  I hope it will encourage other people when they see how God answered.

Like the Book of Job, mine is a story of faith rewarded. I recommend my book to those who are struggling, who are being tested in various ways.

Here’s an excellent site, Reality Calling for Christian authors and readers working in the harvest field.

They want to encourage authors to participate in the final harvest as we prepare for the Coming of our King.

They say “it’s a glorious time to be alive and the Lord is looking for authors to help Him save all possible before the Wrath which is to come falls on the Earth.”

They also need and serve readers.  Their vision is to provide resources for Christian authors and readers, focusing on God’s call, the production of anointed materials, and vetted book reviews.

Christian authors and readers are both essential to their effort!

I highly recommend them.  http://radiqx.com/

Books are a brilliant non-threatening way to reach people if it’s quality, redemptive fiction.  So we don’t have to be a writer for this task, just a reader who likes reading and loaning books!

As a writer, their vision matches mine because I write for the sheep without a shepherd. 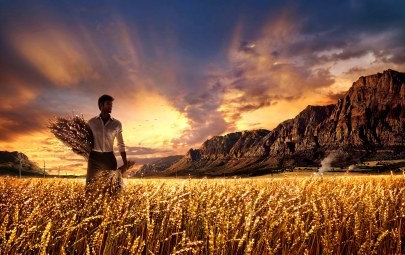 Lord Of The Harvest

When Jesus saw the crowds, he had compassion on them, because they were harassed and helpless, like sheep without a shepherd.
Then he said to his disciples, “The harvest is plentiful but the workers are few.
Ask the Lord of the Harvest therefore, to send out workers into his harvest field.”
Matthew 9:37-38

Jean was watching from the sidelines when I met my husband to be. At that stage of the story he was called ‘Prince Mentor.’  A friend of his, she saw the way God brought us together and witnessed the fireworks; “Sparks flew between Princess Joanna and Prince Mentor, but they were not sparks of attraction…” I wrote.

Jean has a degree in lingustics,  and with that and her personal involvement I asked her to read the book.  Here’s her valued review;

Every journey starts with a single step, and such is the case for Jo Rolston as she recounts her journey from heartbroken, love-starved child to fully adopted daughter of the King of Kings in her book “The Kingdom – Here be Dragons, Here be Dreams’. Only in Jo’s case, the first step was taken by her great, great grandmother.

Anna arrived in New Zealand from Germany as a young wife, profoundly deaf but with a deep and personal relationship with God. As she rested at the top of a steep hill in the Hawkes Bay on her arduous journey to her little family’s allotted land, little did she know that her future great great granddaughter would be born there. Anna prayed for the future generations to know God in a real way, to come into His promises, and to share their knowledge about Him.

Jo goes through a very shaky start, but reaches out to God. Her relationship with Him is at first coloured by her perception of Him as dominant and punishing, like her earthly parents. But her hunger to know Him in a real way leads her to write “stories” in which Jesus is the King and she is a princess. Thus “the Kingdom” is born. In the kingdom, she can take the, at times, overwhelming events of her real world to the King and seek His input and advice. Whether she heeds or disregards His advice and guidance is up to her.

Jo’s writing is personal, in her own language, yet speaks of life lessons in such a way that it is accessible to all of us. Her style draws us in, we can almost taste the food and smell the flowers,; feel the sunlight on our face. I identified with her so much that at times I found myself saying to her, “For heaven’s sake, Jo! Get rid of him!” Or, “stand up for yourself. You are worth more than that.’

As Jo gains insight into her own situation through her time in the Kingdom, she relates valuable lessons for all of us about what a real relationship looks like, traps and temptations, and boundary-setting. The book has great practical application as Jo takes us through her successes and failures, and humble pie eating times.

There were times when I couldn’t stop the tears from flowing down my face at the heartache some of Jo’s decisions caused her, and other times when I was howling with laughter, especially with the beginning stages of Jo and Bert’s relationship.

I am “Big Sis” to Bert and helped him to interpret one of his dreams in which he saw paths of different colours representing his lady friends. He was supposed to choose the golden one, but didn’t know who that was. I’d had conversations with the Lord and knew it was this lady who had two kids he had vaguely mentioned. She was supposed to tell him “I am the gold”, as she mentions in her book. Instead she said, “I am top shelf” which threw a spanner in the works, as Bert had first hand experience with family alcoholism.

Finally, after fighting with God, Jo sent Bert a copy of the relevant chapter in the Kingdom not quite naming him as both Prince Mentor and Isaac. He gave it to me to interpret, which Jo was very nervous about. I totally understand that, given her past experience of gossip and ridicule. But it confirmed what I knew. She was the one. Bert and I discussed it. He still wasn’t sure and emailed Jo with the three questions mentioned in the book. The rest is (very pleasing to a big sis) history.

“The Kingdom – Here be Dragons, Here be Dreams” begins and ends with Anna. With Jo as her spiritual heiress, Anna passes the baton to Jo to continue running the race with focus, dignity and faith. There have been many challenges along the way. But Jo chose the “difficult but interesting path”. She knows that she does not walk it alone, as she now has Bert and a strong church family, and that she, Warrior Princess Joanna, can always take any problems to her King.

I give this book a 9/10. While very personal it is insightful and contains practical and real advice on how to live life, not just survive. Jo’s insight on boundaries and positive friendships has proven very helpful to a lot of people who have crossed her path and I’m sure that will continue.

Other reviews from readers are here.

Try and imagine bookshelves lined with millions of books – and my book is just one of them.  And the bookshelves keep growing.  My book has gone from one in a million to probably one in two million by now!

I’ve probably got the worst person possible in charge of book promotion – me.  Marketing was my worst subject when I was doing the Dip of Business, unfortunately.  But I did learn about the five ‘P’s of marketing; People, Price, Placement, Product and Promotion.

It’s a struggle.  Who do I tell about the book?  Christians obviously, but I hope to get it to the New Age market.  I know they would love the King in my book if they read about Him.  As for the product – the book is in a genre all by itself.  I struggle to even describe it’s genre.  I said it’s a cross between a memoir and a fantasy novel, but my first book reviewer said it’s actually an Epic Journal. My book is unique; one in a million – and not just because of it’s place in Amazon. For placement, I’ve gone to where the readers are.

In order for me to promote the book, I need praise.  I mean, I can praise it – but I’m the author!  Today I got some much needed praise.  I joined Goodreads, and I’ve received my first book review from Valicity Garris, author of Cross Academy.

It was brilliant, five star review.  It’s helped me to keep going with my efforts to get the book out to the wider world.  So it’s made my day.  Come and read my first review, and celebrate with me.