Once upon a time there was a Princess, who had made two wishes without consulting her Father, the King.

Her life in tatters after leaving the narcissist, the Princess made of the King her first request;

“Please bring me a man who is the exact opposite of Silver-tongue, the narcissist.”

The King decided to grant her request because she needed to learn.  She should have asked for wisdom.

The next man, a double minded man, was the complete opposite but just as perverse.

The foolish princess still hadn’t learned and asked the King to bring her someone else.

It was another soulish prayer; “Please bring me someone who sees me for who I really am, and desires me.”

“Be careful of what you ask,” the King replied, wanted the Princess to see herself through His eyes.

Granting the Princess her wish, he summoned Ishmael, a foreigner from a far off land, a man of a different kingdom and faith.

It was a test.  Would she stand for the King, or fall for Ishmael?

Ishmael loved and desired the Princess, and he did restore her self esteem.  But Ishmael could never be hers.

“Why did you bring me Ishmael?”  the Princess exclaimed, knowing this was not the King’s will.

“You asked for him”  the King replied.

She should have sought the will of the King.

This was not a fairy tale.

The story of the first and second wish are in my book.

Here is wisdom, when we ask God for something, we need to ask according to His will.

And this is the confidence that we have toward him, that if we ask anything according to his will he hears us. 1 John 5:14

Yet man is born to trouble as surely as sparks fly upward. Job 5:7. 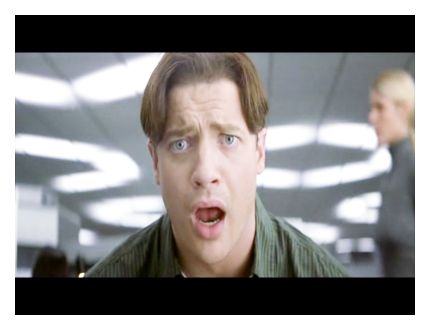 One of my favourite comedies is ‘Bedazzled’.  Eliot, a geeky man working a dead-end technical support job for a San Francisco computer company had a crush on his colleague, Alison Gardner, but lacked the courage to ask her out.

He said to himself that he would give anything for Alison to be with him. Satan, (played by Elizabeth Hurley) in the form of a beautiful woman, overheard him and offered to give Elliot seven wishes in return for his soul. Each of his wishes ended in disaster.

I too have a story to tell about wishes.

There was once a princess who got rid of a controlling man, and foolishly asked the King for the next man to be the complete opposite.

“Please bring me a man who is the exact opposite of Silver-tongue” she prayed.

The next man was the complete opposite, but still found ways to take advantage.

Even though she had gone to the King with her wish, she asked the for the wrong thing.  The King decided to grant her request because He wanted her to learn.  All a man’s ways seem innocent to him, but motives are weighed by the LORD.  Proverbs 16:2.  She should have asked for wisdom.

Wisdom will save you from the ways of wicked men,
from men whose words are perverse,
who have left the straight paths
to walk in dark ways,
who delight in doing wrong
and rejoice in the perverseness of evil,
whose paths are crooked
and who are devious in their ways.  Proverbs 2:12-15

Be careful for what you ask.