Shortly after my last post where I asked “Who wants to live forever?” my mother passed away.  For most of her life she grappled with the highs and lows of bipolar disease.  She’s free of her demons at last.

My memories of her when she was bipolar aren’t good, but in between times she had a happy, sunny nature.  And that’s how I want to remember her.

I’ve made a youtube video of the powerpoint I prepared for the funeral, showing scenes from her life, which I and my family feature in.

It’s here if you want to see it.  The music is “Who am I?” by Casting Crowns.

It brings to mind the scripture that God has compassion on us mortals – who are here today and gone tomorrow, just like the grass and flowers.  That’s why Jesus wept at the grief of Lazarus’s sisters.

“As a father has compassion on his children
so the Lord has compassion on those who fear him;
for he knows how we are formed,
he remembers that we are dust.
The life of mortals is like grass,
they flourish like a flower of the field;
the wind blows over it and it is gone, and its place remembers it no more.
But from everlasting to everlasting the Lord’s love is with those who fear him,
and his righteousness with their children’s children—with those who keep his covenant and remember to obey his precepts.
The Lord has established his throne in heaven,
and his kingdom rules over all.”  Psalm 103:13-19

I wasn’t sure of how things were with her and God.  He gave me a story to tell her on the last occasion she had a serious heart attack, which I wrote here.

God gave us a sign that she’d gone to be with him.  Seven is the number of rest, and she’d entered his rest, dying at 7pm on the 7th day of the 7th month, aged 77.

He explains about that rest in Hebrews 4;

There remains, then, a Sabbath-rest for the people of God; for anyone who enters God’s rest also rests from their works, just as God did from his. Let us, therefore, make every effort to enter that rest … Hebrews 4:9

I recommend reading the whole passage from Hebrews 4:1-11. 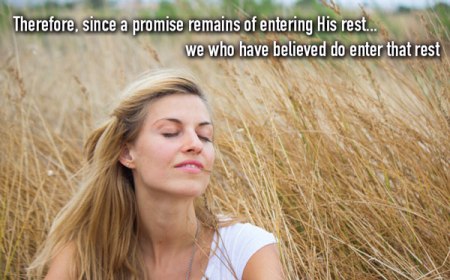 So now I know what can go on my mother’s headstone; “At rest.”  Two simple words that say so much.