After discovering the Higgs Boson particle, the “God particle”, the physicists at Cern want to find dark matter.  Is dark matter mentioned in the Bible?

Here’s a verse that hints of the dark matter;  “Through faith we understand that the worlds were framed by the word of God, so that things which are seen were not made of things which do appear.”  Hebrews 11:3 (KJV).

How does that work?  Even through faith, we have a hard time understanding just what God did when He made the universe through Jesus.  We’ve had bad science – for centuries.

When I first started reading the Bible I used to skip over Genesis because it was at odds with science.  I felt I couldn’t take God at His word.  I had doubts about science too.  On the highest hill on our farm, I’d dig sea shells out of an exposed cliff – and they were exactly the same as the ones on the beach.  “How can that be?” I’d ask myself.  Clearly they weren’t 65 million years old.

I approached everything about the world’s beginnings with distrust, until the day I read a book by a couple of scientists explaining Genesis; “The Genesis Flood”.  The authors answered all the nagging questions I’d been left with.  I read Genesis after I finished that book, and then of course I had more questions … like why did God create the vegetation BEFORE the Sun?

Non believers could seize on that alone as a reason not to believe Genesis.  So I asked God why He did it that way, and through various Bible passages, He showed me I could take Him at His Word.

For the first three days, the Lord provided the light for the world.  When He said “I AM the Light of the World” (John 8:12), He wasn’t kidding.

God created by speaking.  He created using light.  When He said “Let there be light”; the Light appeared – the firstborn over all creation. (Colossians 1).  And the light was good.

The Light was with God from Day One.  Can you imagine the glory of the sunset and sunrise of the first three days, when the Son ruled the day and the night?  Can you see the plants and trees created on the third day growing in the light, sustained by the Son who is the radiance of God’s glory and the exact representation of his being?  Can you see the tree of knowledge and the tree of life grow in the light of the creator and bring forth their fruit?

Time didn’t kick in until Day Four when the Sun, Moon and stars were made.  That would explain why the metamorphic rocks appear to be ageless.  I’m not talking about the more recent sedimentary layers that are full of fossils from Noah’s flood.

Why can’t Science at least consider this?  The Bible says unbeliever’s minds have been blinded by the god of this age.  The god of this age would be the horned god of the underworld.  His Celtic name is Cernunnos – Cern for short.

The god of this age has blinded the minds of unbelievers, so that they cannot see the light of the gospel that displays the glory of Christ, who is the image of God.  2 Corinthians 4:4.

It’s the glass or the mirror that we’re looking through that’s dark; “For now we see through a glass, darkly; but then face to face: now I know in part; but then shall I know even as also I am known.”  1 Corinthians 13:12.

In all the noise and obfuscation of science, will you hear Him speak? 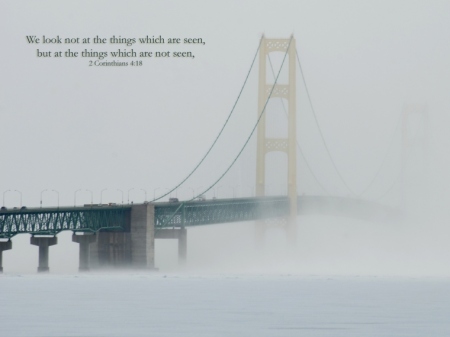