Ask the Creatures Bible Characters Contemplation Covenant Exodus Faith Glory Harvest Here be Dragons Here be Dreams Hope Journey Kingdom Living water Mystery Nuggets Overcoming Parables Path Salvation Signs Songs and Psalms Soul Spiritual Warfare Story The Author The Beginning The Book The Bread Of Life The Good Shepherd The King The Light Of The World The Lion and The Lamb The Word of God Video War Wayfarer Wisdom for the Way Written in the Stars
Follow The Kingdom on WordPress.com
Join 257 other followers

Here’s the throne of God, with a floor of sapphire, and encircled by an emerald rainbow.
“In front of the throne on what looked like a sea of glass, clear as crystal. In the centre, around the throne, were four living creatures, and they were covered with eyes, in front and in back.” Revelation 4:6

Covered with eyes?  I can’t really picture it.  The creatures described in Ezekiel 1 and Revelation 4 aren’t like anything we have on earth.

Perhaps God has tried to show us with the peacock!

These creatures are in the midst of the throne so we can see that God has his companion creatures, just as we do.

The living creatures are of four types, and of four in number.  Four is the “earth number,” for they have something to do with the earth.

Animals have a soul.  God had given his creatures breath, “ruach”, a soul – just as man has been given breath, a soul.  “In his hand is the life of every living thing and the breath of all mankind.”  Job 12:10

Does God care about our animals?  I’d say yes, for he writes that a righteous man cares for the needs of his animal.” (Proverbs 12:10). He cares about us all.

He knows if even a sparrow falls.  He watches over them.  Jesus said, “Are not two sparrows sold for a penny? Yet not one of them will fall to the ground outside your Father’s care.“  Matthew 10:29

The animals belong to God, and he knows each one.  “Every animal of the forest is mine, and the cattle on a thousand hills. I know every bird in the mountains, and the creatures of the field are mine.”  Psalms 50:10-11

It says in Revelation 4:11 that God created all things, and they were created for his pleasure.

Although the creatures are God’s, God placed them under Adam’s dominion.  After the fall of man, all creation suffered when the Earth came under a curse.

Job, the oldest book in the Bible deals with suffering.  Job spoke of the life of the creatures and the breath of all mankind being in God’s hand.  He said, “Ask the animals, and they will teach you.”  Job 12:7-10

The creatures can’t tell us, but they have this hope of being released from suffering. They’re looking forward to the day when they can join us in the new Kingdom, where there will be no more death or suffering.

Adam named the creatures.  When Adam, or mankind is restored, all creation will be restored along with man.  They will be brought into a world where they can live as God intended.

If you’ve lost a pet, I hope this comforts you.  It is okay to grieve for your animal, God understands.  There is a rest for the creature, for from God are all things, and to God are all things.  Worthy Of It All – David Brymer (David Elango acoustic cover) 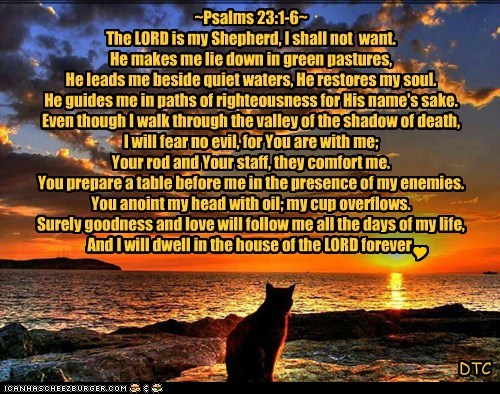 Downloadable Book: Animals, Their Past and Future By G. H. Pember, M.A.